These are meant to be fun, robust in rhyme and rhythm (à la Belloc, Lewis Carroll etc.), and written to be enjoyed by those acquainted with the subjects, otherwise the details won’t mean much.

• Jonathan Gould, beloved friend, husband to Cathy and father to Josephine, left us on 30 October 2016, a week before his 54th birthday. He will be deeply missed and long remembered. • 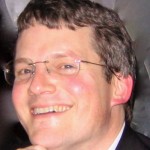 US-born financial journalist at Reuters, based in Frankfurt and Brussels; wit, linguist, and raconteur. Of indeterminate age.

He comes from the depths of Atlanta,
A state rich in natural gas;
That’s why he is tireless at banter
And can talk the hind leg off an ass.

He’s long been a stalwart of Reuters,
The world of finance is his realm;
With chieftains of Europe he loiters:
He surely should be at the helm.

When anyone enters his circle
They sense an immediate bond:
He’s ‘Liebling’ to Angela Merkel,
And ‘Mon cher ami’ to Hollande.

He’s ‘Maestro’ to Manuel Barroso,
‘Liefste Heer’ to Herman van Rompuy;
When he quizzes them, they never know so,
So brilliant and charming is he.

For Jonathan’s one in a million,
A linguist who knows the right word
In German or French or Italian…
The size of his brain is absurd.

We marvel when Jonathan’s talking
About how he gathers his scoops;
The Eurocrats don’t know he’s stalking —
Then find themselves jumping through hoops.

He radiates friendship and humour,
His outlook is gentle and kind;
So even when digging for rumour
He’s sure that his quarries won’t mind.

We gather around him to listen
To stories he’s itching to file;
What joy to watch Jonathan glisten
And light up the room with his smile.

He’s blessed with his wife, Cathy Coucke.
No wonder his love is so keen:
She’s clever, she’s cute, she’s a looker,
And so is their sweet Josephine.

We know his appearance is ruddy:
It ruddy well makes women drool.
But hot though he is, our dear buddy
Is somehow the essence of cool.

In fact, he’s so youthful and dimply,
His age has us totally fooled;
So let us conclude this ode simply:
Bonne anniversaire, Mr. Gould.

On 24 June 2012 Jesse Norman threw a party at the Round House, Camden, for his 50th birthday. I wrote a poem modelled on Lewis Carroll’s ‘Father William’,  which I read out to assembled family and friends including the Mayor of London, who didn’t flinch when I read out the punchline (though I suspect he might have nodded approvingly were I to have replaced ‘PM’ with ‘Chancellor’…). 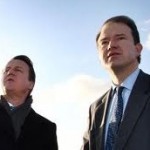 “You are old, Dr. Norman”, the young man said,
Yet your brain is as sharp as a knife;
Surely due to the effort of keeping ahead
Of your frighteningly capable wife?”

“In my youth”, said the Doctor, “I set out to date,
But how woefully I was unskilled;
When I said ‘Kiss me, Kate?’ she replied ‘”All right, mate!” —
A command that I promptly fulfilled.”

“You are old, said the youth, “as I mentioned before,
You’ve accomplished so much in your time,
A philosopher, author, an MP, and more –
How is it you stay in your prime?”

“In my youth,” said the Doc, “I would sharpen my brain
On the doctrines of Charles Sanders Peirce,
Whose thoughts I pragmatically sought to explain
In fluent Shakespearian verse.”

“You are old,” said the youth, “but what genius lurks:
You’ve recently managed to write
A book about how Big Society works:
Do you stay up all day and all night?”

“In my youth,” said the Doc, “I looked up to my Dad,
Who seemed marvellously big to my eyes;
Since Torquil’s the principal model I’ve had,
That explains my obsession with size.”

“You are old,” said the youth, “but in every friend’s mouth
You’re a wonder, and source of great pride.
You’re the MP for Hereford and Herefordshire South –
Is there anything left to be tried?”

“I have answered three questions, and that is enough,”
Said the Doctor, his visage serene.
“To chart my trajectory isn’t so tough:
I’ll be PM in 2018.”

3. Wedding Poem for Patrick and Lisa

For the wedding in Essex of P. (cameraman on Loose Women etc.) to L. (psychology researcher), who first met one another when studying at Middlesex University. Printed here with their kind permission. 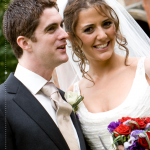 Dear Family and Friends, I’ve an engaging tale to tell,
About this couple here today, I’ll call them ‘P’ and ‘L’.
Now L’s a cutting-edge researcher, feminist, and more,
While Paddy is the kind of man Loose Women just adore.
On Essex clay they wed today, but we should not forget
’Twas on the decks at Middlesex that P. and L. first met.

Their first encounter, so I’m told, was in the College bar.
There P. sat with his pint of beer and spied her from afar –
A goddess fair with flowing hair, an image quite divine;
So their romance was born — I think — in 1999.
P. zoomed in close on Lisa, and with practised skill he panned;
Although his heart was in his mouth, his glass stayed in his hand.

Now few can pan like Paddy can, and none can zoom like he,
For Paddy is a cameraman: he does it on TV.
Just at that moment L. looked up and stared where Paddy stood;
‘That man is made for me’ thought L. – and ’ell, she knows what’s good!
For Paddy’s gentle, cool and fit, he’s sure in leg and arm
(He’d be unbearable, if he were not the soul of charm).

Now I shall roll the tape ahead, to Lisa’s 30th year…
It’s time, thinks P., to tie the knot; at least the plan is clear:
He will propose on bended knee, right on her special day;
He’ll find the moment, say the words, become her fiancé.
With ring in hand he takes a stand: ‘I’d like to ask…’, starts he;
His would-be bride thrusts him aside: ‘I’m busy now!’, says she.

A second time that day he tries – again without success;
His mouth’s about to frame the words, when L. shouts ‘Clear the mess –
The party’s soon, the place is still untidy, put it right!’
So P. just blinks and glumly thinks, ‘It’s not the day to fight’.
The evening comes, the party hums, it’s going with a swing;
He takes the birthday girl aside and flashes her the ring.

‘Yes, yes!’, she cries; the diamond’s on her finger in a trice.
Though P’s a lad, he doesn’t add, ‘I tried to ask you – twice!’
The moral of the story’s clear: it’s one of nature’s laws
That women will not lend an ear till men have done the chores.
Now P & L, accountants tell, means ‘loss’ as well as ‘profit’;
It seems you can’t have one without the other; well, come off it,
In this account of P. and L., the bottom-line is sweet,
And many dividends, we trust, will grace their balance-sheet.

4. Engagement Poem for David and Edina

On the engagement of Edina Wilmer-Smith (lawyer and vegetarian) to David Bayken (banker and omnivore). They met during a court case at the Old Bailey. Names have been changed for confidentiality. 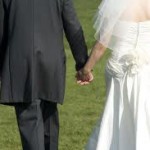 It’s time to drink and dance a lot:
Edina’s going to join the knot.
She met her fiancé in court —
Which surely offers food for thought.

Let us the salient facts review:
Edina is a veggie true;
And yet, unless I’m much mistaken,
She’s fallen for a man called Bayken.

Now, everyone who views the scene
Knows lawyers must be lean and mean.
And none of us who know Edina
Can think of anybody leaner.

But David isn’t lean at all –
He’s big and fat and very tall.
Edina has done nothing rasher
Than take him as her lifelong Pasha!

But let us call it right and meet
That Bayken swept her off her feet —
It wasn’t long before Edina
Received a wedding-day subpoena.

So let us give a loud hurray
That David’s courting won the day:
To think a Bayken could inveigle
Its way into this legal eagle!

Commissioned and read out by Jenny at her wedding to Gordon in September 2012. Names and some details have been changed for confidentiality. 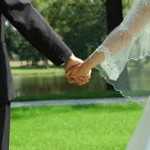 Dear Family and friends, I have a tale of Love to tell;
It’s going to be in rhyme, so bend your ears and listen well.
The hero of the story is my husband — Gordon Frame,
Since from the day we met, my life has never been the same.

Now Gordon as you know is number 1 in acquisitions;
His customers and friends come in all levels and positions;
In broking deals for millionaires his expertise is great;
He even helped a fellow buy an oilfield in Kuwait.

His daughter Sarah’s here today with husband Michael too —
They know their Dad’s a sporting chap, there’s nothing he won’t do;
My Martin’s here and Vicky, and they know their mother’s style:
As long as I can fly First Class, I’ll go the extra mile.

But Gordon didn’t know, when he set out to find a wife,
That a little bit of love-a-dove was going to change his life.
Well, I’m the Dove he came across; and as you must have heard,
It didn’t take my husband long to snare his willing bird.

I only got alarmed when he confessed his deep desire —
A rival for his passion that went by the name Maria.
Well, though I’m into cars and planes, a sailor I am not;
So long as I don’t have to crew, I’ll let him have his yacht.

Now Gordon will agree that our relationship is stormin’
Because he has Maria and I have my poodle Norman.
But when it comes to taste in food, allow us different votes, please —
I’ll let him shuck his oysters if he lets me eat my goat’s cheese.

Though I’m from Hull and he’s from Poole, it isn’t such a wrench
Since Gordon speaks good German, Dutch, Italian and French.
He’s quite a cook, he dances well, his sense of humour’s cracking,
So now we’re going to tie the knot, there’s nothing I’ll be lacking.

Warm thanks to my mum Mirabel and Gordon’s mother Kate:
Your children here are happy to have found a lifelong mate.
So there you have my poem, and all that remains for me
Is to say ‘Let’s dance and drink all night, good friends and family!’